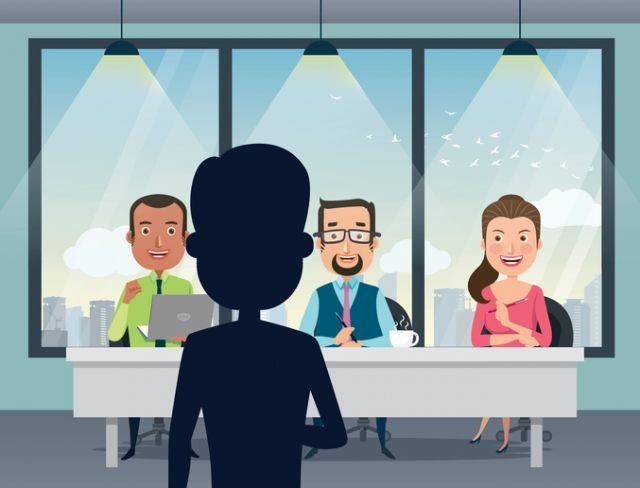 I’ve had the privilege of being part of the sales scale-up journey at a fairly large and fast-growing startup in India. During this journey, I had several opportunities to interview candidates for sales leadership roles. In my current journey at Sales Design Institute, I’ve interviewed several candidates on behalf of my clients. In this article, I’ve shared the lessons I learned about sales leadership hiring in particular and leadership hiring in general.

When I started out, my idea of interviewing was to go all in, interrogation style, and assess the candidate’s skills and personality. I read up a gazillion listicles on the internet on top interview questions and what each question tests in a candidate. As if remembering those questions wasn’t hard enough, I had to figure out how to “insert” those questions in an otherwise free-flowing conversation. And if the answers were anything outside the “manual”, I’d get confused and flip out. I was pretty sure the candidate knew I was trying too hard. Most leadership level candidates are smart enough to gauge that. Now that I look back, I laugh at myself.

Then, one fine summer day in 2013, someone in my network introduced me to a fairly senior candidate and asked me to meet him. “He’s got 25 years of professional experience. If not anything else, it’ll be a great learning opportunity for you.” I was quite enamored by his professional journey. He’d worked at several telecom and FMCG companies and had great achievements. The rookie in me was a bit scared to interview him. We decided to meet at a cafe.

After exchanging pleasantries, I started asking him questions from my “manual”. He answered them like a boss. I soon ran out of questions. There was an awkward silence. I had to say something to break it. And then, almost instinctively, I asked him, “What can you teach me about managing a large sales system like the one I do?”

5 cups of coffee, a sandwich and 2 hours later, we shook hands and said goodbye. In those 2 hours, I not only gathered valuable knowledge that would go on to influence the way I work, but I also came to know more about the candidate than I got to know in the initial scripted part of the conversation.

There were many more such revelations in those 2 hours. Saying that you want to learn from them, elevates their position of power and lowers their guard. After that, once candidates get into a flow, they end up revealing much more than they had intended to. Much valuable information was gathered.

Since then, “I’ve come to learn from you” became my mantra for interviewing leadership candidates. And it ends up revealing way more about the candidate than those questions from the “manual”.

Let’s admit it. Walking into someone else’s office can be intimidating. If you are in an enterprise sales role, you’d know this better than most others. Can you imagine the level of intimidation that candidates face when they walk into a potential employer’s office for the first time? It’s one of those things that everyone feels but no one admits it. Cubicles with people staring into their screens, conference rooms with animated characters, weird guy in the aisle staring at you while you are walking to the interview room, the interview room itself — all of this can be weirdly intimidating. After all, one is in the employer’s territory.

As I started meeting candidates in the office, I realized that they just wouldn’t loosen up. The air of formality wouldn’t go. Their guards were up most of the time. As an interviewer, it was very important for me to get to know the person they normally would be in a social setting. That purpose was largely defeated when I met then in office.

So I started meeting candidates in a cafe. While I have no A/B test to prove this, I generally felt candidates were closer to their normal behavior in a cafe. It’s visible. For one, it’s not the employer’s territory. Secondly, if we’re meeting in a cafe, it already signals that this is unlikely to be a typical “interview”. All in all, I found that candidates were way more “themselves” when they met me in a cafe.

#3 “What do you think about our product?”

In the early days, I would usually get to meet candidates after they’ve met recruiters / recruiting partners and a few other colleagues. I would casually ask them, “What were your conversations like?”. Here are the top 3 responses:

My next question would be the obvious missing element in the story “What do you think about our product?”. Here are the top 3 responses:

So I started giving candidates a product demo in the interview process. Some were candid enough to say it wasn’t up their alley to sell something like this or that they’d think about it and get back. Most of them said that it needed significant upgrades before it is ready to be sold. Some absolutely loved it and couldn’t wait to sell it. Either way, they had an opinion on it.

For someone in a sales leadership role, that opinion is bloody important. Their conviction in the product matters. Especially for start-ups. Your sales leader will not just convince customers but your sales reps on how to sell a half-baked product that is always “under development”. There might be pivots along the way as well. If the leader is convinced on the product, you have someone who will go a long way with you.

It’s a bad idea to let people discover “exactly” what you sell after they’ve been hired. Dirty details around features, pricing, customer dashboards, etc should be brought up early in the conversation. It’s not funny how many sales leaders I’ve personally met who’ve left organizations because the way the product was explained and the way it turned out to be was vastly different. And I see this error being committed by several organizations I speak to.

“What do you think about the product?” is usually the second step after I’ve asked, “I’ve come to learn from you”.

Ever since I was introduced to the world of business, I’ve only known that a hiring process is supposed to include multiple rounds of interviews. I recently came to know of an organization that has 8–9 interview rounds at leadership levels. The process can last up to 1.5 months. Decision making by consensus building is usually the purpose of this format.

As I went through my journey of hiring sales leaders, I realized that not only was this process time consuming, it also made us worse-off. We ended up reducing our candidate funnel because 1/3 people felt that “something was off”.

Frustrated with this approach, I decided to tweak it. Instead of passing on the candidate to other colleagues for a round, I would meet the same candidate 3 times within 2 weeks. With every consecutive meeting, I came to know more about the candidate. This was definitely not possible in a single, 1–2 hour interview. The candidate started opening up about their doubts. There were several afterthoughts. There were fears I had to allay. I had a lot of new questions each time I met. All in all, it allowed both of us to get into great detail of the sales challenges that lay ahead. With each meeting, both knew more about what they were getting into.

After this deep-dive process, when I passed on the candidate to the other panellists, I would normally have strong opinions. Strong enough to contest if they were in conflict with another panelist’s view.

So each time I would meet a candidate for the first time, I would end the meeting by saying “I’d like to meet you again”. Most candidates would be taken aback. But would eventually be keen to meet again.

Recently, while speaking to a client, I asked them, “Have you ever been part of an interview conducted by your hiring managers?”. “No” came the answer.

This is not unusual. It’s a pattern. A blind spot. So I made them sit in some of these interviews. Very few of them were prepared for the shock that was to come.

More than 90% of leaders I met told me that they weren’t aware that their hiring managers didn’t know how to conduct interviews. The most common problem they observed was that of asking “leading questions”. In fact, most of the questions they asked had clear black and white choices and did not make the candidate think. There were hardly any counter questions or tough alternatives to choose from. Basically, very little skill was tested in those rounds.

If you are a Founder / CEO / COO / VP Sales reading this, please set a reminder on your calendar to check the interviewing skills of your hiring panel. Its the biggest favor you’ll do yourself this week, I assure you that.

I’ve shared more learnings in the 2nd part of this article: Click Here

If you need our help in Sales Development, please write back to me at saurabh@salesdesign.co.in
For more information B2B Lead Generation Get in touch